This morning something really strange happened.
After I got up with my daughter, I opened up the window facing our terrace on ground floor to let in some fresh air. Then we went to the kitchen to have breakfast and later sat on the couch in the living room when suddenly I heard a noise from my bedroom. I went to have a look and some stranger sat on my bed, checking out our drawers. As it turns out, I caught a thief in the act. I was quite puzzled I have to admit. What an awkward and unusual situation. We looked each other in the eyes. He just kept sitting there calmly, no jumping up and running away. He looked a bit lost. I asked him what he’s doing in my bedroom. I noticed he didn’t speak any Swiss German. Just a little bit of German. I kept my calm. My daughter was still in the living room. What should I do? I sat next to him and started a conversation with him. I smelled alcohol. He clearly wasn’t sober. So I thought I should invite him for a cup of coffee. And off we went into the kitchen where I started my coffee-maker.

He called himself Mischa, he said he was 36 and came from the Ukraine. He didn’t learn any job, didn’t have any education and he was trying to find a woman here in Switzerland. He seemed to have a pretty bad start when he ended up sneaking into other’s homes and looking for valuables in a foreign country. He admitted that he has a serious drinking problem. He thought I was a good guy. I thanked him and I took a selfie with him. I thought I might need that later. Good thing that I didn’t really need it in the end. 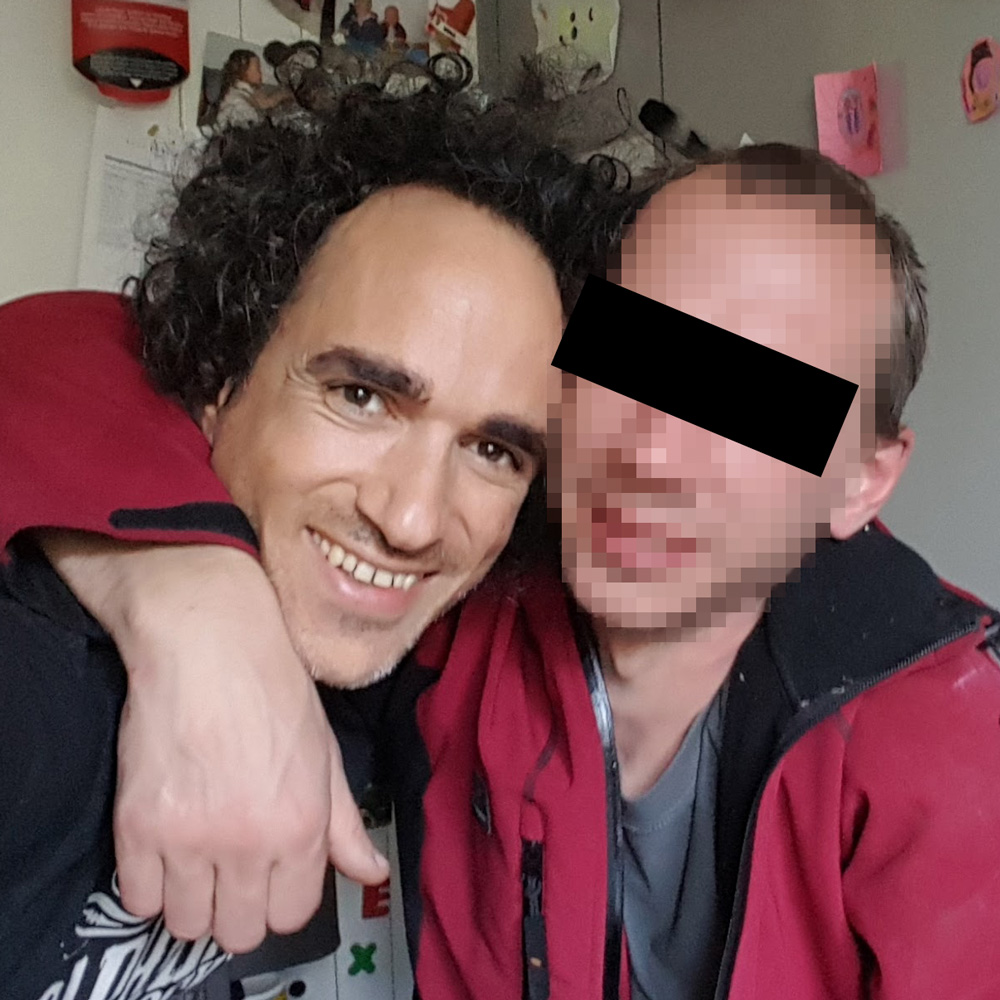 After some time I offered him to use my shower because he didn’t smell so good and I gave him some fresh clothes: underwear, socks, a t-shirt that reads “VEGAN POWER” on the chest. After showing him how to use the shower, I went outside so he couldn’t hear me and I called the police. I told them the story. The guy on the phone was like “so you don’t know this person?” – hell no, I didn’t know him. So they sent a patrol.

Meanwhile Mischa was done showering and drank his second cup of coffee, now in the living room on the couch. From a distance, I heard a sliding door of a van. The patrol had probably arrived. I went into the hallway and through the kitchen window, I saw the cavalry stepping up our stairs. I opened up the door, so the police wouldn’t have to ring the bell, possibly scaring Mischa away. And then they stood in the living room. It was awkward. Again. They asked him for his ID or passport. Turned out, his name wasn’t really Mischa. But he was 36 alright. He was searched on the spot by one of the officers and I noticed he had the VEGAN POWER print on his back instead of on his chest. Well, you can’t really blame a drunk guy for putting on a shirt the wrong way.

They took him to the police station. The procedure was peaceful. No screaming, no yelling, I didn’t even hear handcuffs clicking.

They later showed me that he had stolen a bunch of jewelry from my wife. I was kind of expecting that. I still felt kind of sorry for “Mischa”. Like if he was a misguided version of us “regular” people. Someone that didn’t have the luck that I had. But I also knew that I couldn’t help him on my own. That he would just continue like that. He clearly needed some professional help. But with my kindness, I maybe was able to trigger something in his brain that would change his future for the better.

This entry was posted in development, home. Bookmark the permalink.